TV with Nic: DCU vs MCU 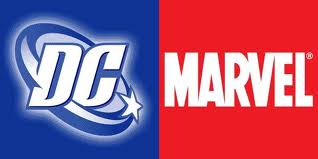 The other side of the burnt coin.

While I may be a Marvel fan boy, especially since about 79 percent of my favorite comic book characters are from Marvel, I still have a strong affinity for the DC comic and cinematic universe.

While the DCU isn’t as progressive as the MCU, they have been trying over the past 10 years.

The current movies they are running with as their version of “phase 1” are “The Dark Knight” trilogy, starring Christian Bale and “Man of Steel” starring Henry Cavill. While not well received by the fans, 2011’s “Green Lantern” starring Ryan Reynolds is a part of the current DCU and will most likely be used when the live-action Justice League movie is made.
As you may have heard, a “Man of Steel” sequel titled “Batman vs Superman” starring Henry Cavill as Superman, Ben Affleck as Batman, Gal Gadot as Wonder Woman and Jessie Eisenberg as Lex Luthor is being worked on. It is set to premiere May 6, 2016, alongside Marvel’s “Captain America 3: Reborn.”

DCU’s main strengths are in animated films and television as well as live-action television.

The live action series “Arrow,” based on the Green Arrow comics, and its spinoff, “Flash,” based on the Flash comics, started the success in the live-action field.
Joining them in the coming year are “Gotham,” based on the Batman series as well as the James Gordon comics and starring Benjamin McKenzie, and “Constantine” which is based off the Hellblazer and Constantine storylines starring Matt Ryan. These shows are successful because of their correctly portrayed characters and effective stories.

The animated movies have also seen plenty of success.
The recent ones have been very gritty and dark, much like the original storylines they are based on. “Justice League: Doom,” “The Flashpoint Paradox” and “War” as well as several Batman-driven movies including “Under the Red Hood,” “Year One,” “The Dark Knight Returns” and the recently-released “Son of Batman” are all examples of the success the animated films have had.

While successful, the animated television series have been facing some public scrutiny. The two main popular series that are involved in conflict are “Young Justice” and “Teen Titans.”

The controversy with “Young Justice” is from the reasons for its cancellation. DC and Cartoon Network, in essence said that too many females were watching the show, so they decided to cancel and start over. This led to the conflict in “Teen Titans.”
The show that replaced “Young Justice” was “Teen Titans GO!” which takes the original characters of the first “Teen Titans’” and makes them in chibi form, idiotic and childish. (If you don’t believe me, go to Urban Dictionary and look at the first two definitions of “Teen Titans Go!”)

Other popular shows from the past are “Justice League: Unlimited” and the countless number of Batman series shows.

A big issue in the DCU was the casting of Ben Affleck as Batman in “Batman vs. Superman.” Affleck should rock the part, and if Director Zack Snyder does his job right, then we shouldn’t have to worry about it anyway.

Even though there has been some issues between the fans and DC, there will always be a loyalty to the comics that will transfer across to the movies.

As an aside, if you caught the Two-Face reference at the beginning of the article you, my friend, are a nerd as much as I am!